Here is a great video from The Chess Network of Magnus Carlsen's win over Peter Svidler at the Candidates Tournament.  At the time of the Game, Magnus was one game ahead of Peter and Peter had been having a great tournament showing excellent preparation. Enjoy the game!

Posted by Contra Costa Chess at 3:58 PM No comments:

Here is a great video of an interview that Magnus gave recently in conjunction with the Candidates Tournament that is going on in London.  Great press to the general public, but see if you can catch some of the errors made by the interviewer...  either way, enjoy!


Posted by Contra Costa Chess at 8:22 PM No comments:

For those that like to follow what goes on in the world of chess, starting this Friday the Candidates Tournament for this cycle of the World Championship starts.  The winner of the tournament will go on to face Vishy Anand in a match for the title.

Even though there is no American player in the running, there is still going to be some great chess with many of the top players in the world competing.

The tournament is being played in London.  It is a double Round Robin with the following players participating:

There will be a lot of opportunities to watch the games live with excellent commentary from leading Grandmasters.  The main site for the event is:

In addition to the main site that should have excellent coverage, other sites such as chess.com and ICC will have the games going with live commentary as well.  If you have never watched a tournament in progress, it is worth checking out.  The time difference works in our favor and the games are usually going on first thing in the morning our time.

I will post updates occasionally during the tournament along with any excellent games played during it.

Update 3-19: After 4 rounds, the two highest rated players have pulled out ahead of the rest with two wins and two draws each (3/4 pts).  Those leaders are Magnus Carlsen and Levon Aronian.
Update 3-23: At the half way point, Carlsen and Aronian are still tied with 3 wins and 4 draws each.
Update 3-28: Three rounds to go.  Carlsen leads with 7.5/11 followed closely by Kramnik at 7/11 who pulled ahead of Aronian by winning his game in round 11.
Final: The last three rounds were crazy!  Magnus lost in Rd. 12 allowing Kramnik to pull into the lead.  In Rd. 13, Magnus won to catch up so he and Kramnik were tied going into the last round.  In the last round BOTH Magnus Carlsen and Vladmir Kramnik lost their games remaining in a tie at 8.5/14 points each.  The result is that Magnus Carlsen won on tiebreaks and will be the next challenger for the World Championship.  That match is set to take place in November of this year against current World Champion Vishy Anand.
Posted by Contra Costa Chess at 10:36 AM No comments:

One of our members, Steward S., has a VERY nice chess set for sale.  Here are some pictures (click on any to enlarge): 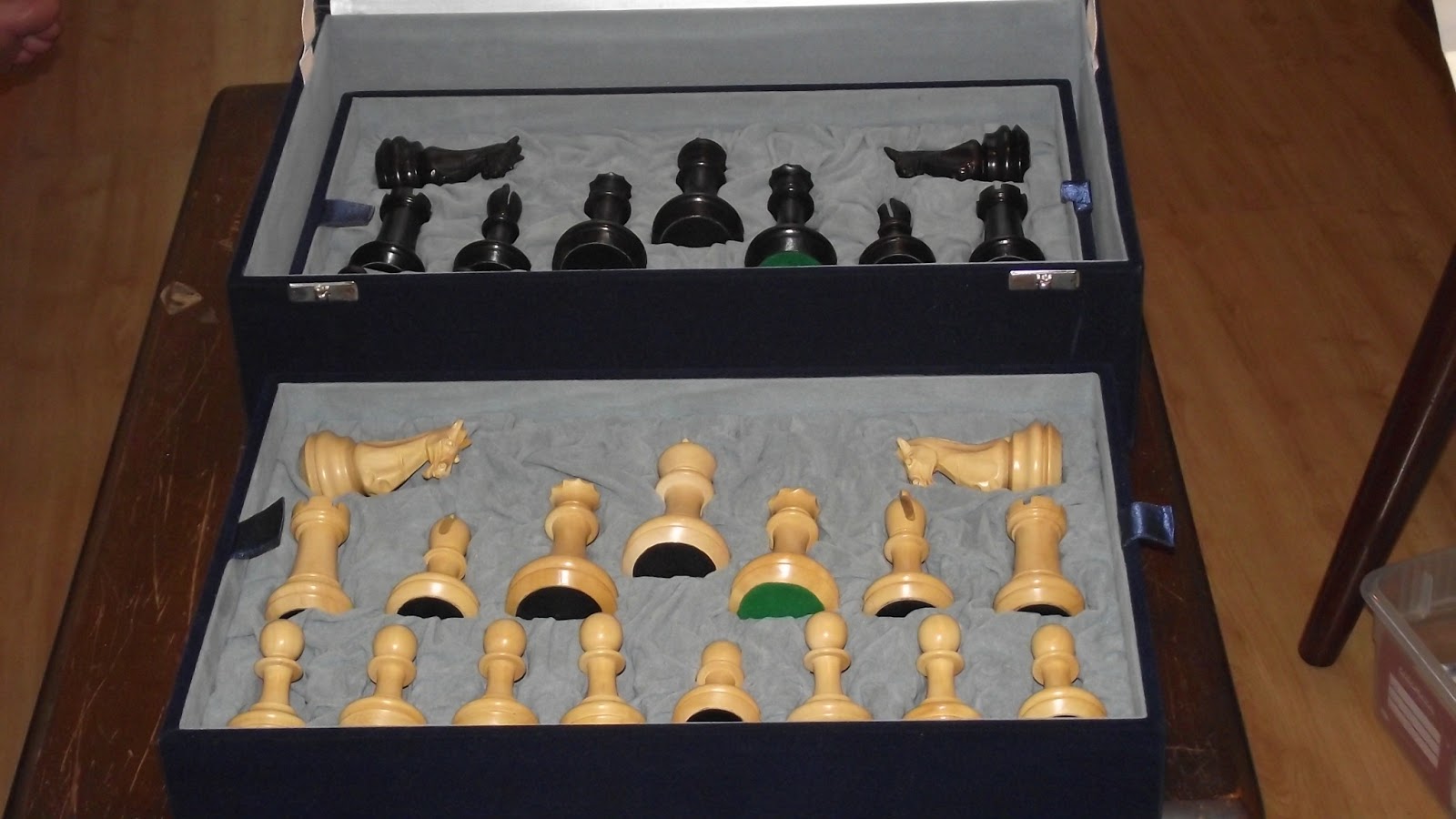 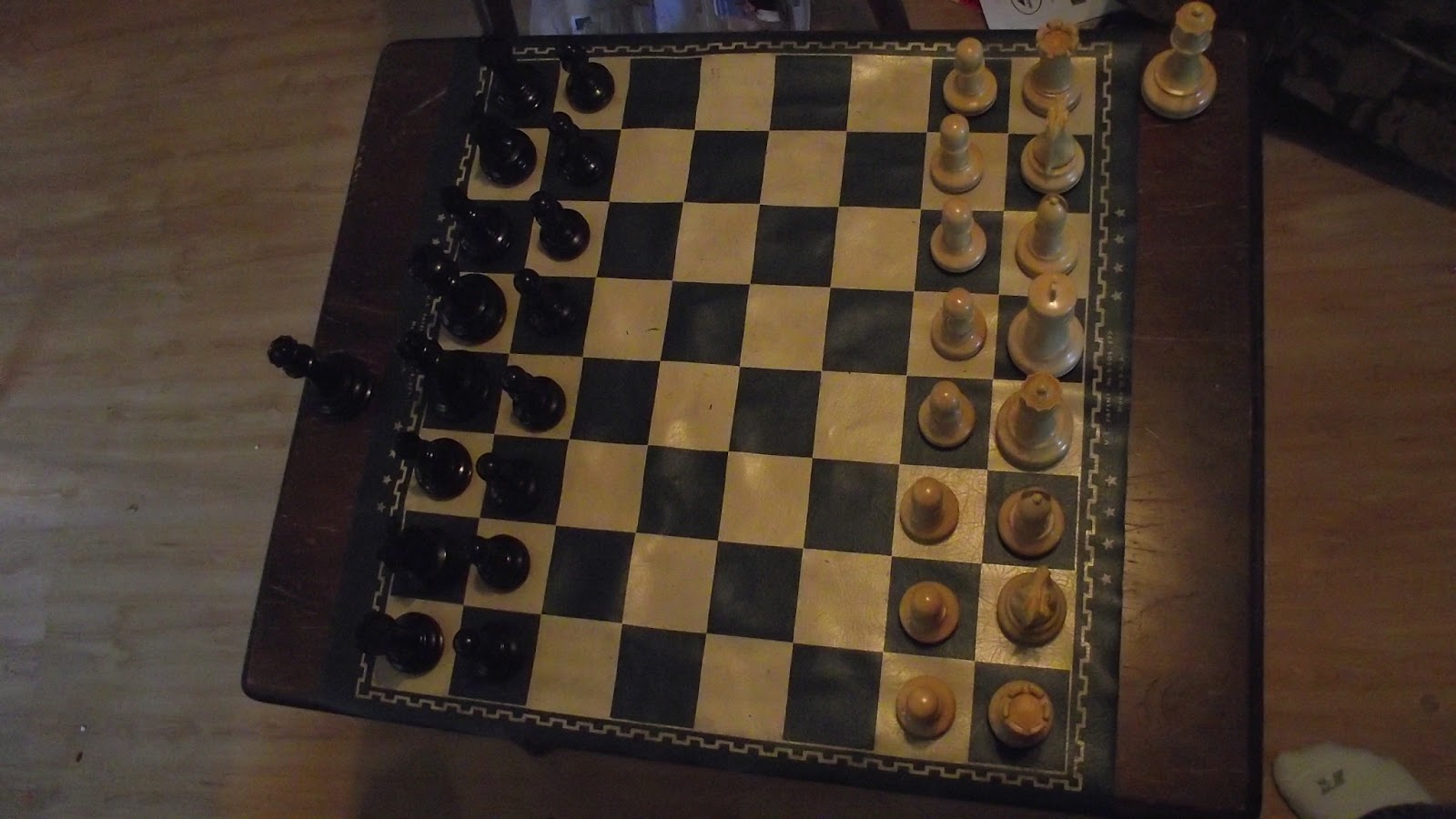 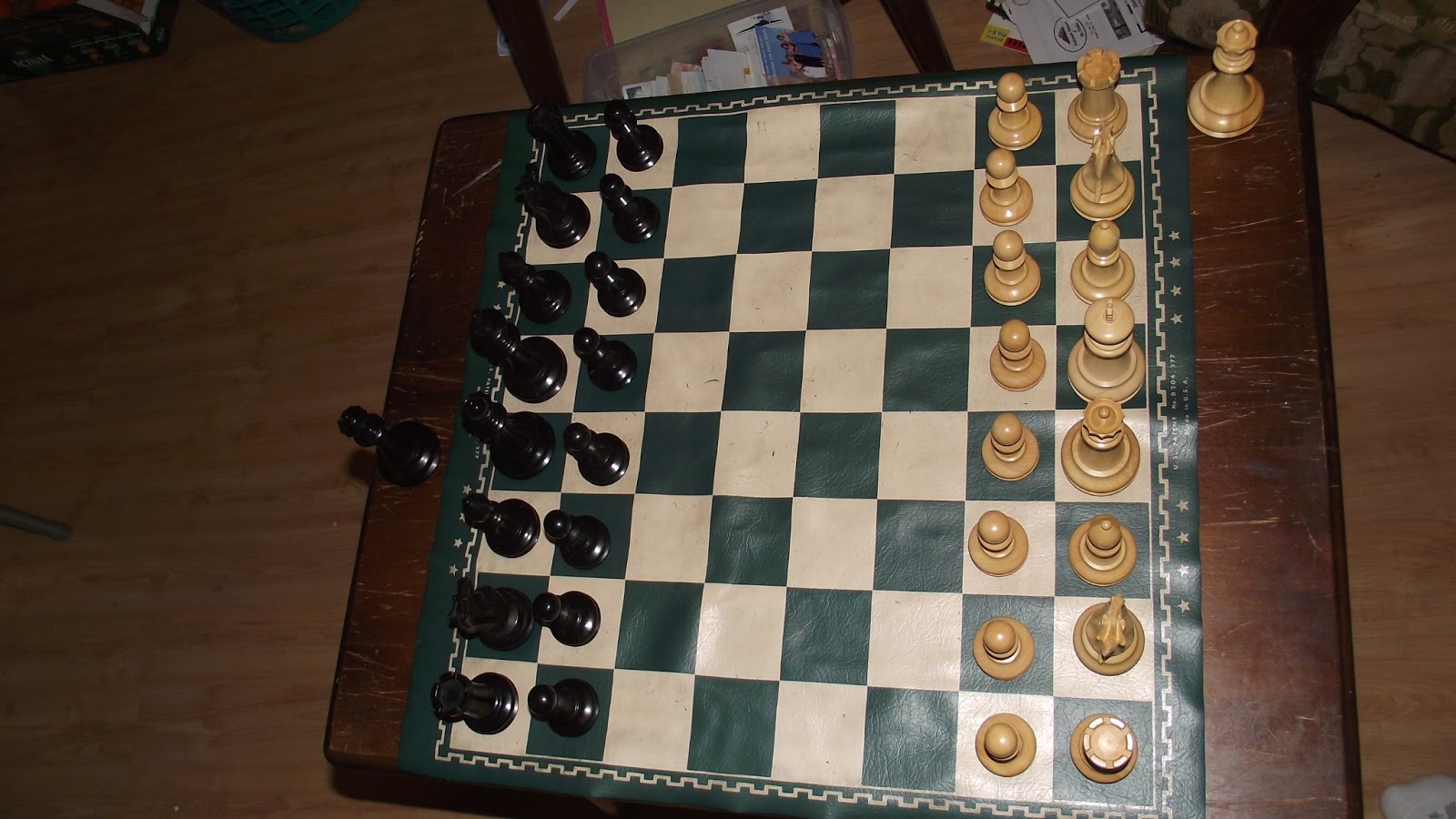 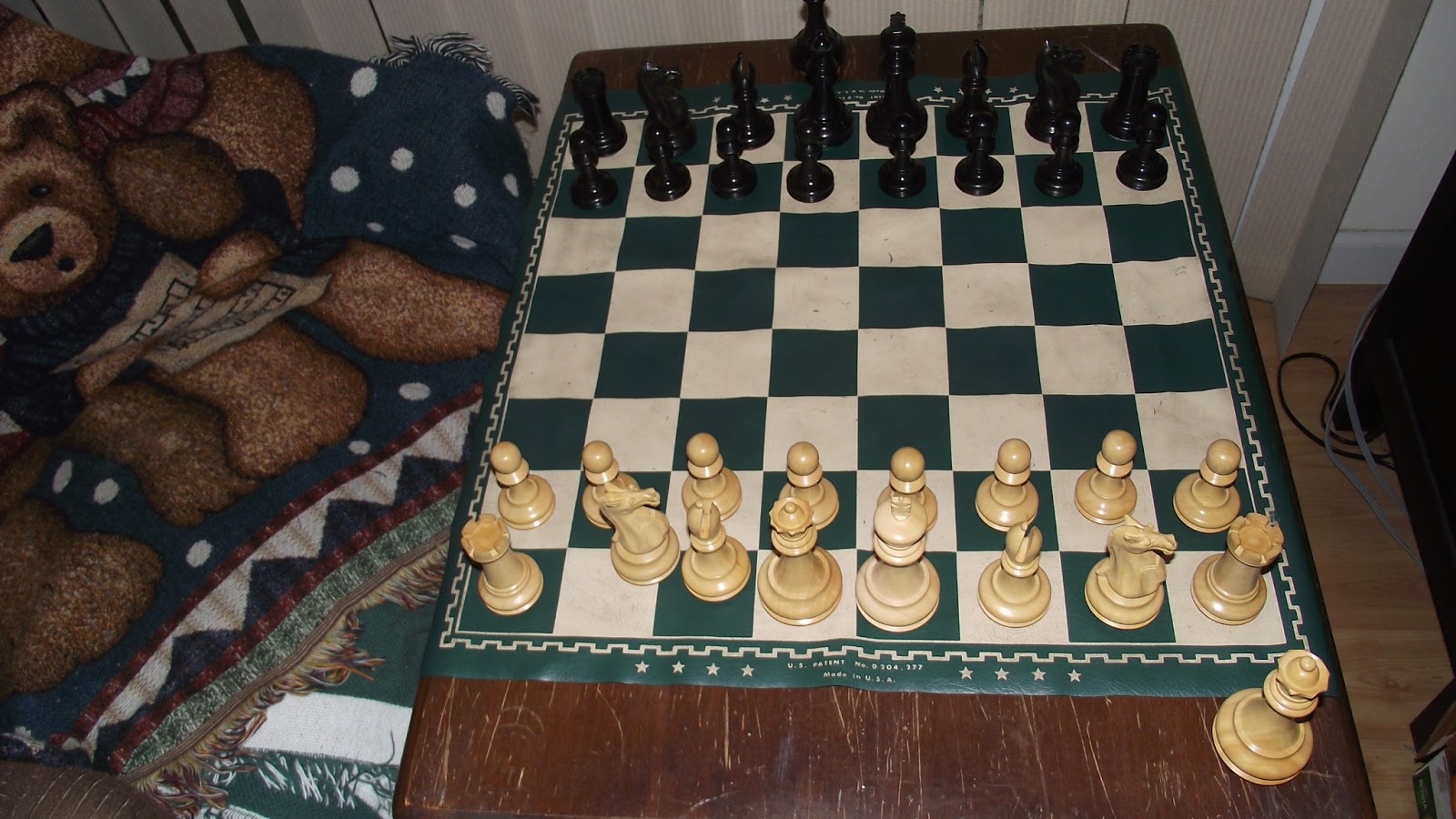 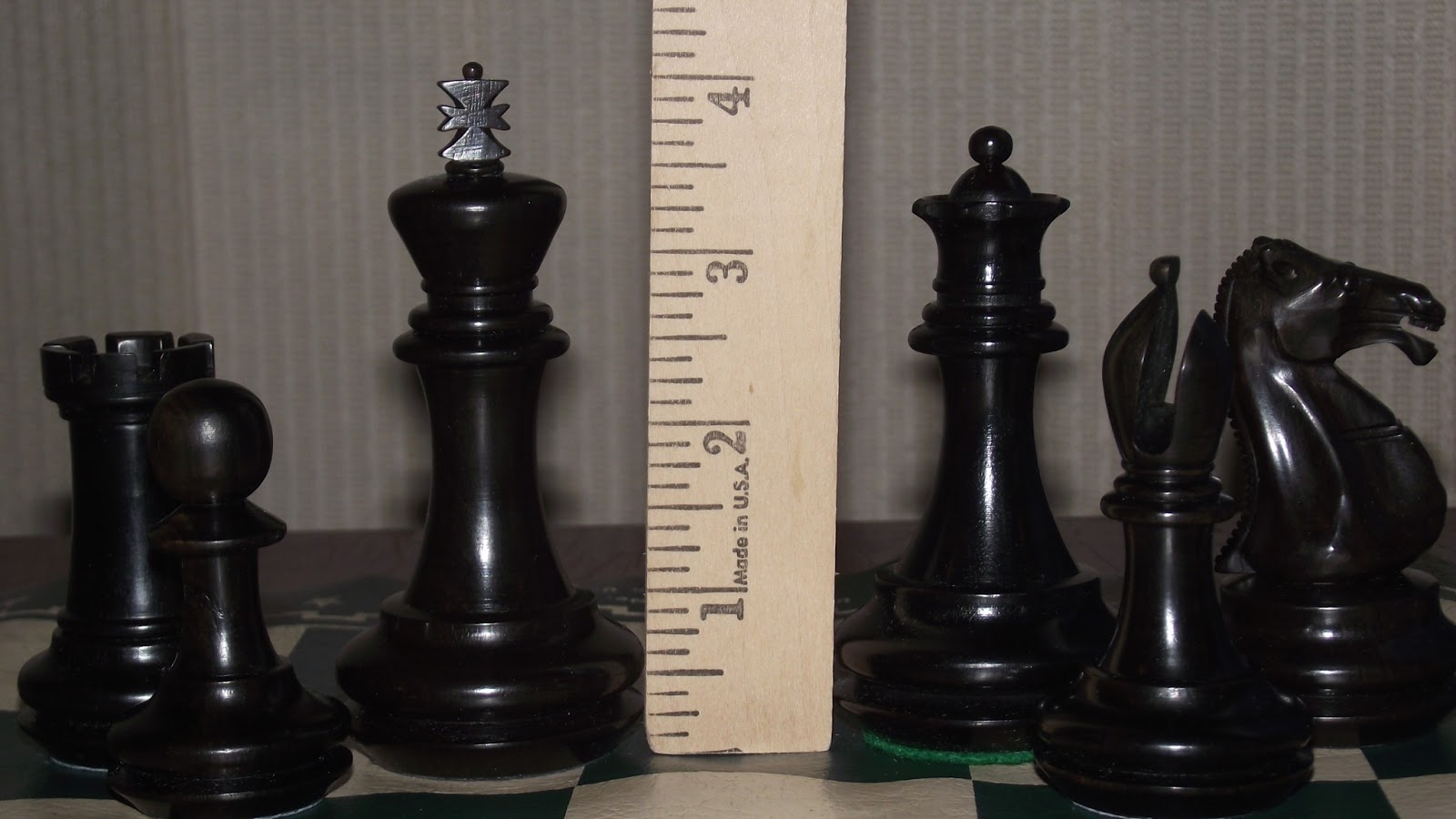 The pieces are boxwood and Ivory.  The King is 4 1/8" tall.  This set is in excellent condition. Asking price is $300.  If you have an interest in the set or would like more information, send an email to the club address (below) and it will get forwarded to Stewart.  email: contracostachess@gmail.com
Posted by Contra Costa Chess at 7:27 PM No comments:

Special thanks to John S. for sending in the following position from a recent game of his: 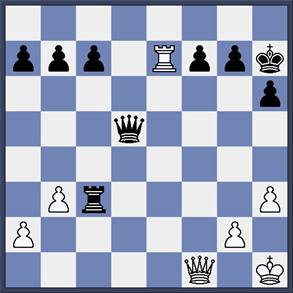 Black to Play and Win

Comments are set so that anyone should be able to enter one.  Please enter your "solution" and comments in there.  I will post the answer there after a week.